Army’s Heavy Artillery Too Much For Naval Defences

A winner takes all showdown at a sell-out stadium for the Babcock Trophy and the Inter Services title ensured there was a real sense of expectation.

Both sides arrived at Twickenham full of confidence having well beaten the Royal Air Force but also enjoyed success throughout the lead up to the 2019 Inter Services Championship.  A winner takes all showdown at a sell-out stadium for the Babcock Trophy and the Inter Services title ensured there was a real sense of expectation in the stands as Jamie Miller, Army, and Scott Makepeace, Navy, led out their respective teams.

Though it was a match which took a while to get going, not helped by a surprisingly chilly May day and in the first half a couple of icy cold showers of rain, it was an absorbing contest which was hugely physical and defined by both sides showing total commitment in defence that made for a claustrophobic first half in particular.  The game only really opened up in the final quarter when a little more space was found as bodies tired from the constant physical onslaught.  At the final whistle the Army had the last man standing, in their formidable Number 8, Ifereimi Boladau.  A proud member of the Royal Artillery, his man of the match performance had proved the difference as time and time again he battered through the first line of Naval defence to ensure that for much of the match they played on the front foot.

The Army started the match the more brightly though it was the Royal Navy who scored first.  Having absorbed some considerable Army pressure they had maintained a very disciplined defence that only gave the Army one real scoring chance, a penalty which their young winger, Jona Davetanivalu pushed wide.  Other than that, despite a number of strong carries from skipper Miller, along with Boladau and Northampton Saints bound lock forward Lewis Bean, the Army were struggling to make break throughs or free their exciting back three.  It took a well won turnover from the industrious Edd Pascoe and a break down the left wing by Rhys Dimmock Williams for the Navy to finally get some territorial advantage and for their fans to find their voice.  Though Dimmock Williams was hauled down the Army, under pressure, conceded the penalty which looked well within scrum half Gareth Rees’ capability.  Another kick just wide and the score remained 0-0 as the Army looked to clear their lines with a 22m drop out.  However, a poor kick invited the Navy to attack once more and this time they forced the error nigh on in front of the posts giving Rees a simple opportunity to make amends and open the scoring; 3-0.

The score certainly gave the Navy heart and though the Army were still monopolising much of the possession they were constantly under pressure from the aggressive Navy defence.  With little time on the ball the Army began to make errors and it was from a forced knock on by Army fly half, Jack Prasad, in mid field, that the Navy looked to capitalise.  Hooker Ben Priddey pounced on the loose ball and found Dimmock Williams who this time did break through to score under the posts.  Or did he?  A Television Match Official intervention ruled there had been an offside and instead of a 10-0 lead the Navy had to make do with a scrum for the initial knock on.  It was a cruel blow as in such a close first half it may have made a significant difference.

If losing the score was a hammer blow, then the Navy were soon dealt a second as a needless penalty allowed the Army to kick to the corner for the 5m lineout.  The Navy defence had been put under pressure from another of Boladau’s storming runs.  Quick ball forced the error and the penalty and a simple kick to the corner gave the attacking lineout.  Stu Cross was Pete Austin’s target at the back of the line and a well directed pass saw Boladau finishing what he started despite the best efforts of Navy centre Brad Janes.  Davetanivalu was wayward with his kick but the Army had a narrow lead 5-3 which they held until the half time break.

Both sides exchanged penalties at the start of the second half with Rees making it 6-5 before Dan Tooth stepped up to make it 8-6.  Still both sides were finding it difficult to maintain continuity as defences remained on top but slowly the Army’s power play was beginning to tell.  Wayward kicks were being run back by Semesa Rokoduguni, who had replaced Davetanivalu, whilst Jamie Miller was an ever present inside option to make hard yards when the Navy shut down the outside space.  Boladau and Bean continued to carry and both wings started looking for inside balls as they knew the wide game was not working.

The second Army try, when it came, was from the same blue print as the first.  An attacking lineout, secured ball at the tail and a powerful run on the peel.  This time the Navy were able to hold the first wave of attack at close quarters but eventually it was Bean who picked, drove and crossed the line to extend the lead to 7 points with a conversion to come.  Step forward replacement hooker, Matt Dwyer to deftly add the conversion and trundle back to half way with a smile as big as a Cheshire cat.

The Navy required a response and it was immediate. From the kick off they set up camp deep in Army territory and made progress through some quick off-loading to prevent the Army from making any ‘big hits.  Eventually Navy Number 8, Jarrard Hayler, saw enough of an opening to duck down and cross for the try and bring the score back to 15-11.  Nathan Huntley, on for the injured Greg Loydall who dislocated his collar bone in a tackle, was wide with the difficult conversion from far out on the left.  The Navy response lifted their supporters once more and for the first time “Hearts of Oak” could be heard being sung against the more repetitive chants of “Army”.

If the Navy fans were hopeful then the Army were to spike their new found voice and enthusiasm.  Following the restart, they regained a control of possession that they had not enjoyed since the opening fifteen minutes.  This time though they were able to find a little more fluency and penetration in attack as the Navy defence slowly began to tire from continually having to stop the big Army runners on the gain line.  As space was found the Army reverted to moving the ball wide and though Prasad had also had to leave the field injured, Ravai Fatiaki was a more than able deputy moving in from centre.  It was a Fatiaki break which set up the third and decisive try when he delivered a sublime out of the back of the hand off load to Junior Bulumakau.  Having over committed to Ravai the Navy defence were wrong footed and Junior went in under the posts unopposed.  A simple conversion for Dwyer and with less than ten minutes to go the Navy were two scores behind 22-11 and their hopes seemingly on the rocks.

The game was finally finished as a contest three minutes later when from the restart the Army opened up the Navy’s first up defence.  Still working hard for each other in attack the Army had willing runners to keep the move alive and eventually they swept right for Ratu Naulago to cross in the right had corner.  Dwyer was unable to convert the difficult kick but the Army had won the match 27-11.

The final try probably skewed the score line more than the Navy deserved.  But the Army were good value for their 63rd Army v Navy win and their 46th Inter Service Championship.  In claiming both trophies they also extended their unbeaten run to nine matches, a new record in Army v Navy Match history.  In Ifereimi Boladau they had the stand out man of the match who produced a performance which was a mixture of brute force, powerful running but also mixed with a deftness of touch with his off loads that reminds every one of his sevens pedigree.  Jamie Miller and his team will enjoy the moment but for Scott Makepeace there is the long wait until 2 May 2020 when he will bring his side back to Twickenham to meet the challenge of the 103rd Army v Navy Match. 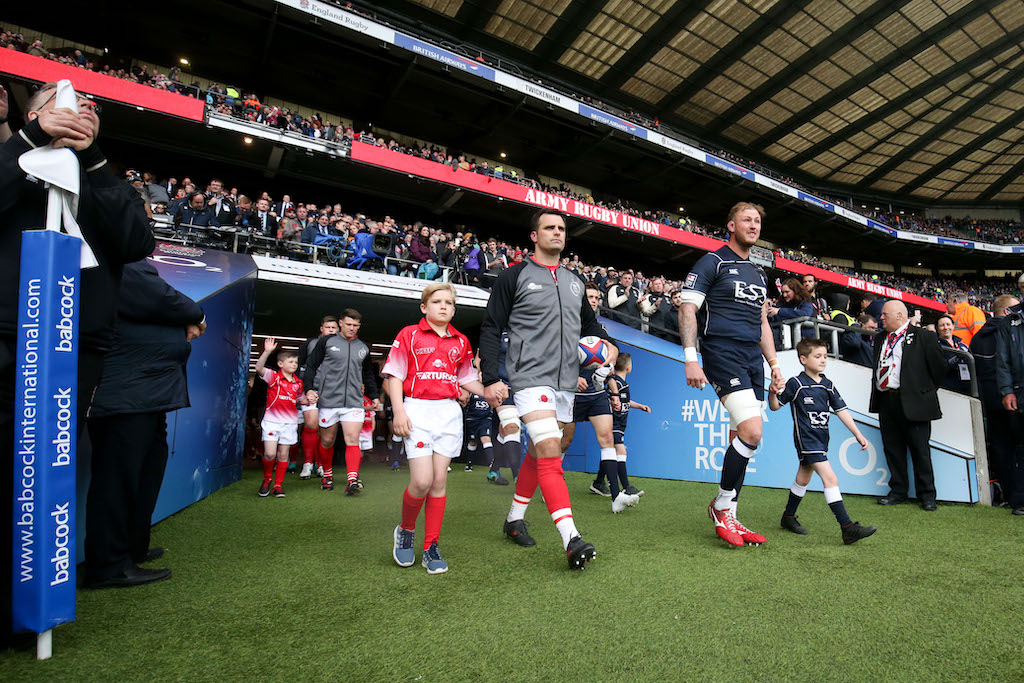 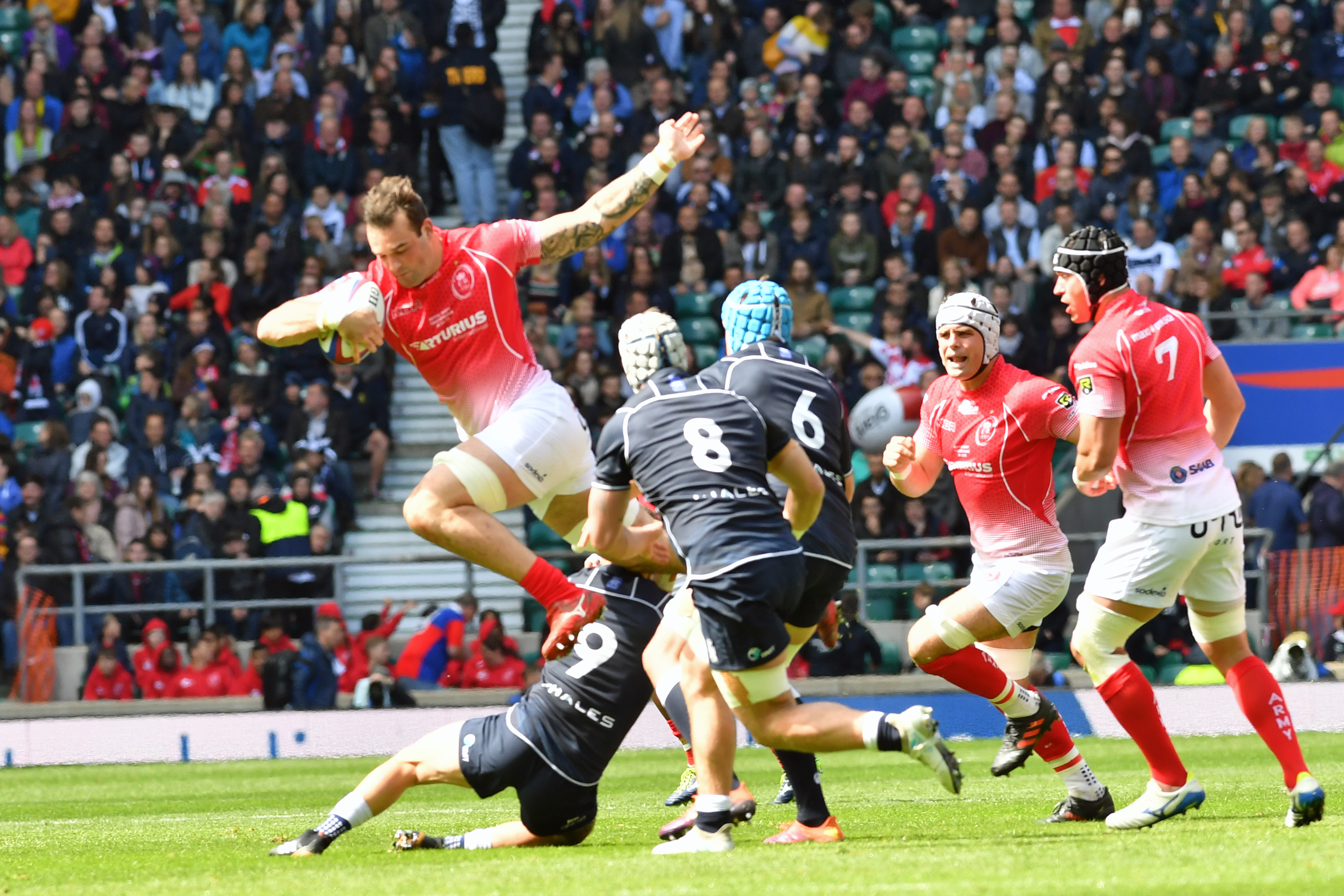 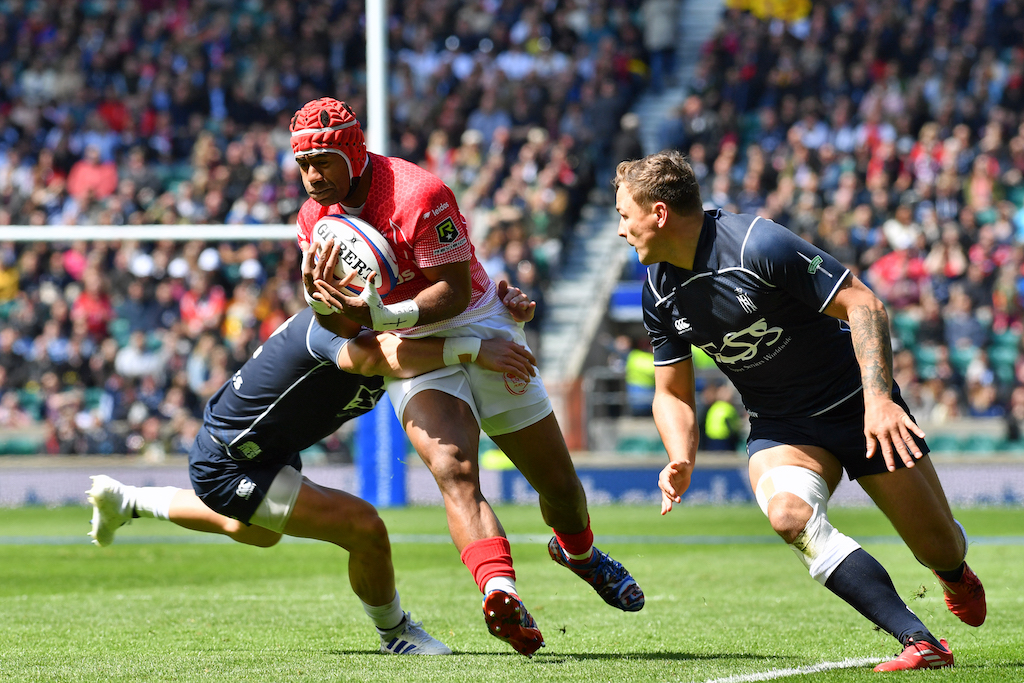 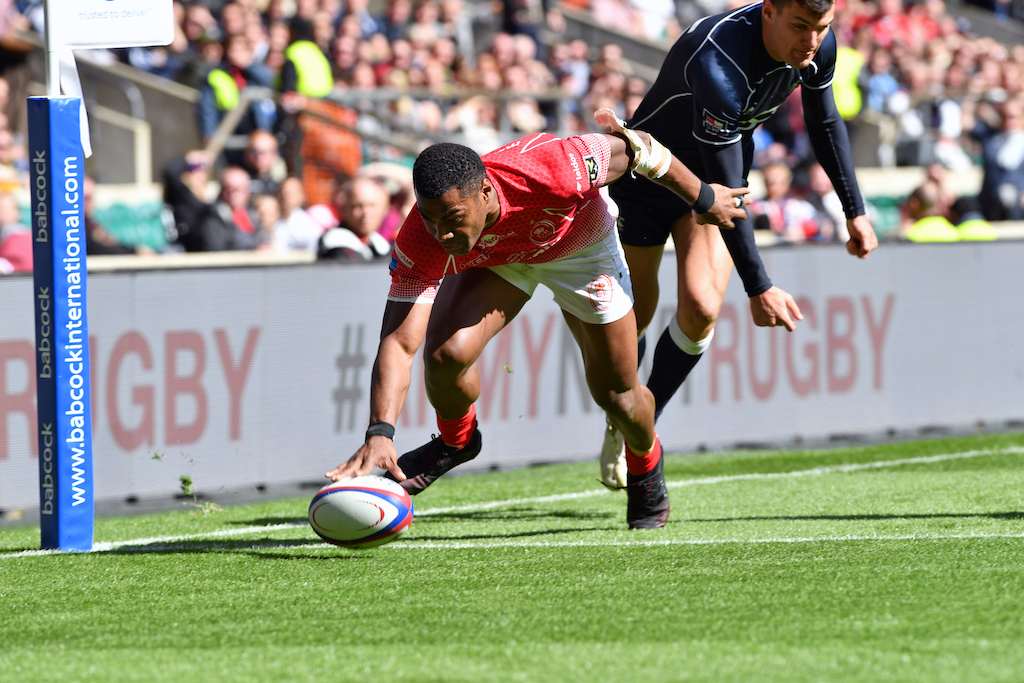 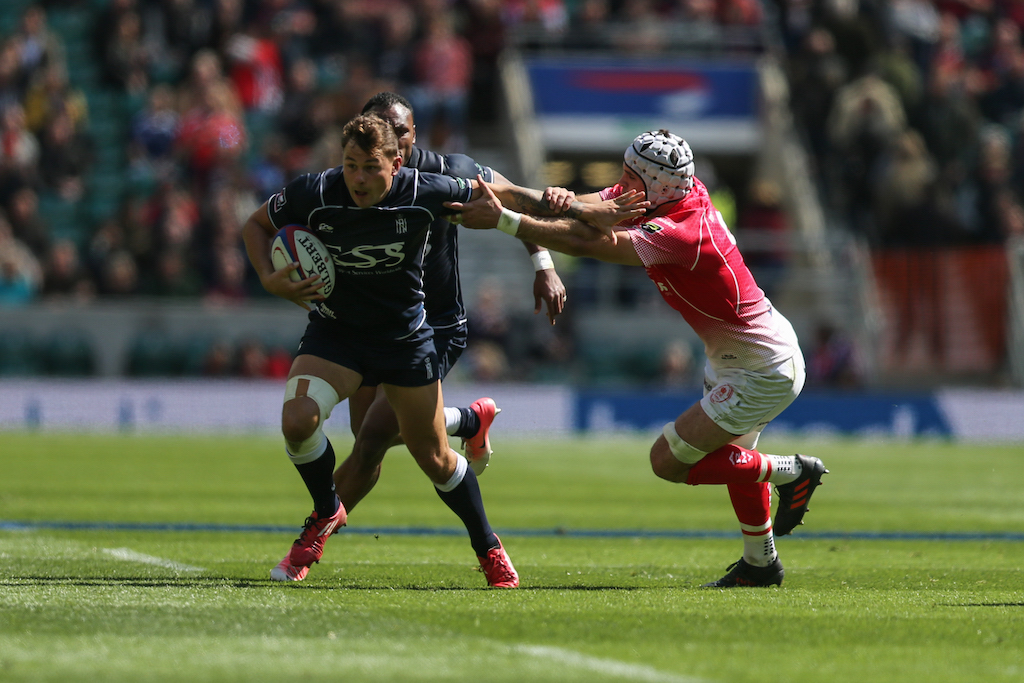 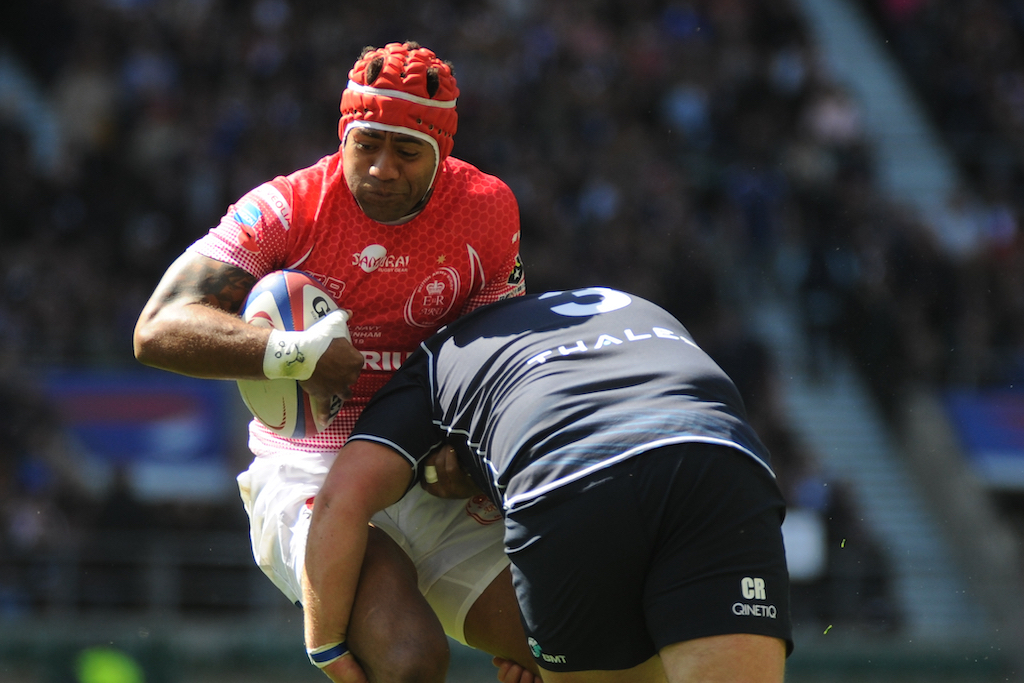 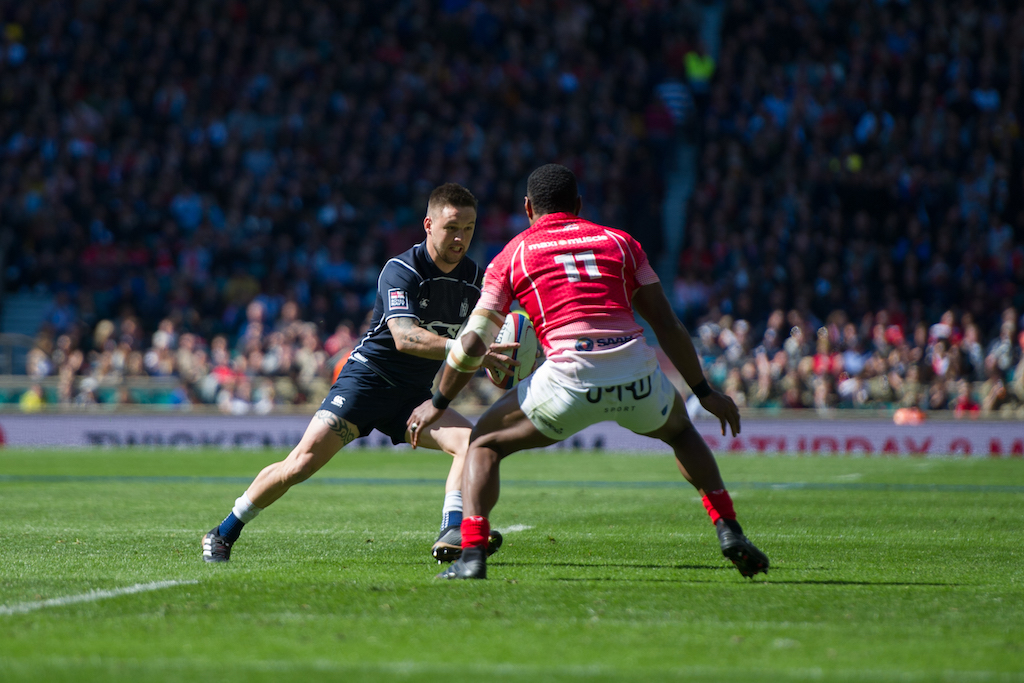 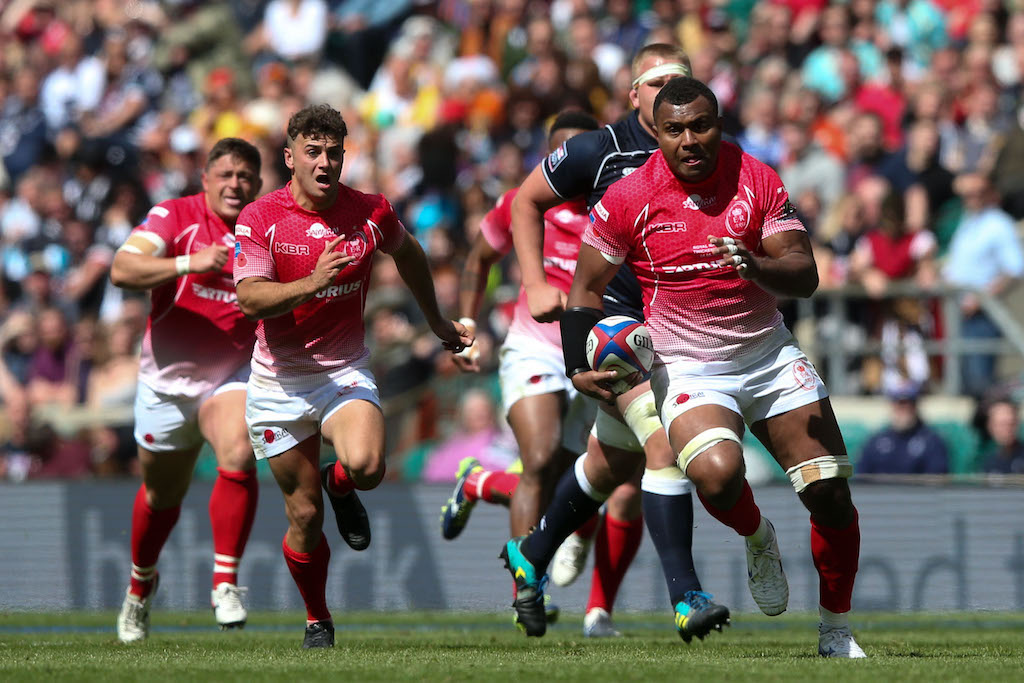 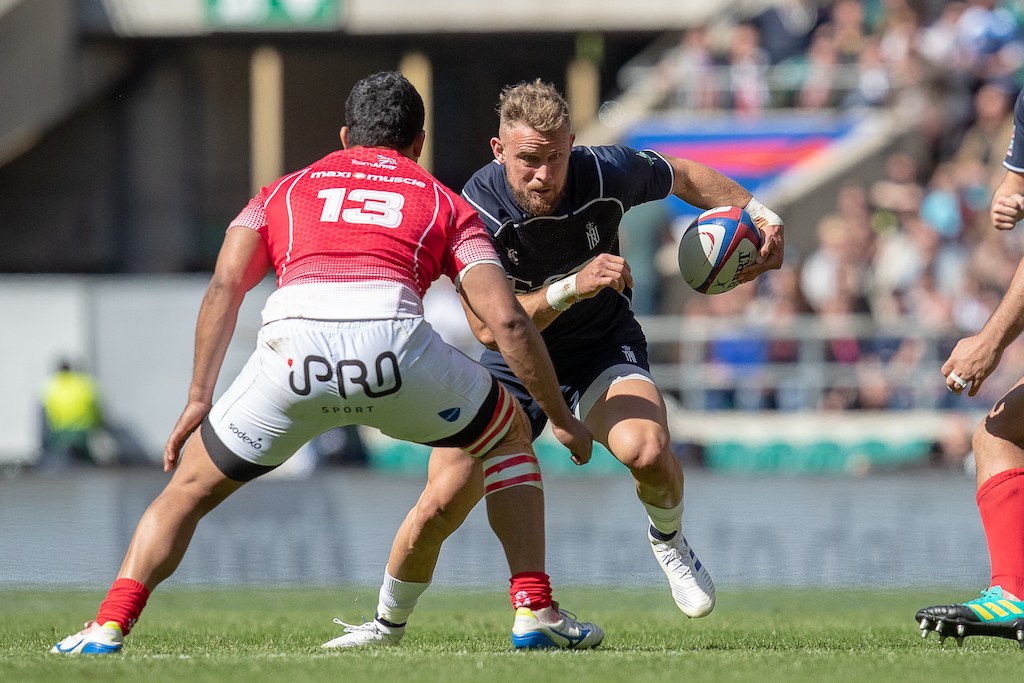 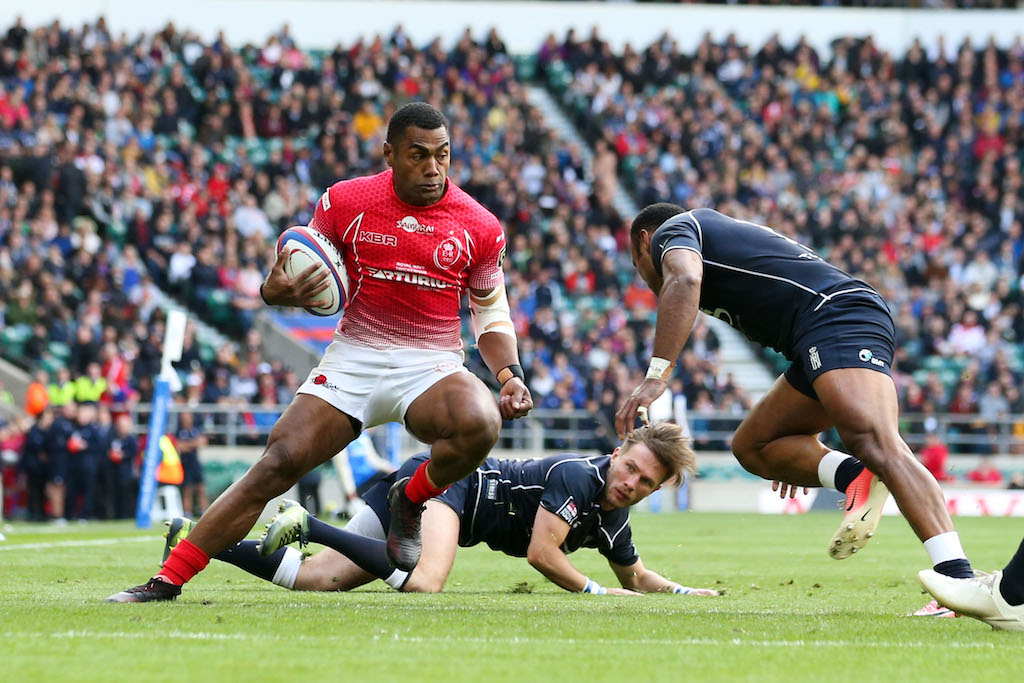 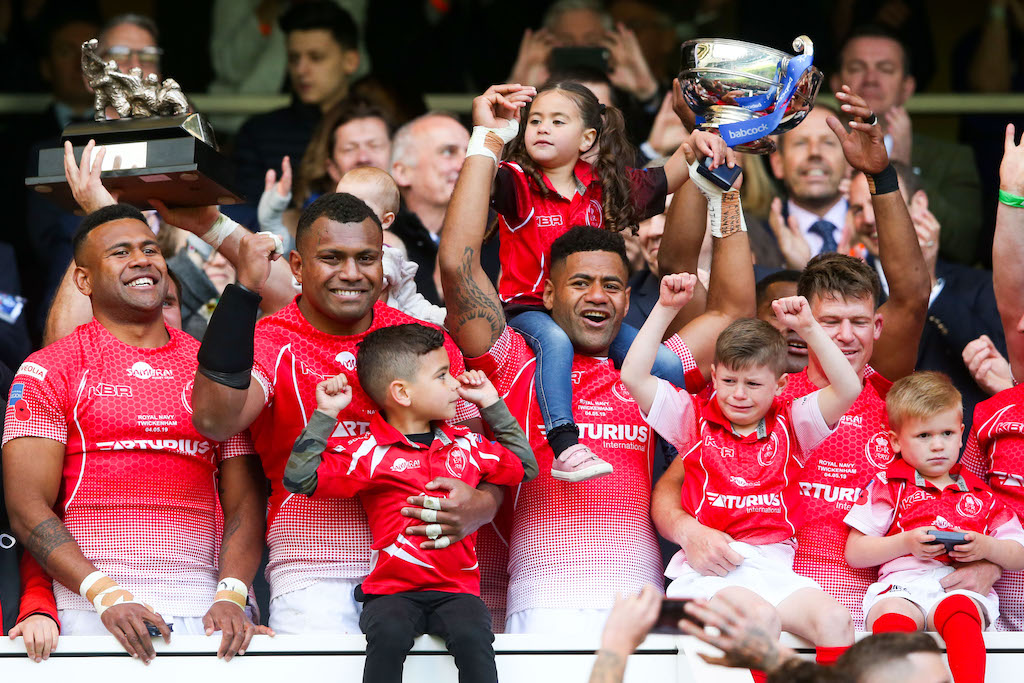