A Royal Navy side showing six changes from last season’s team laid down a bright marker about their Inter Service intentions in the opening game of the 2019 Championship. 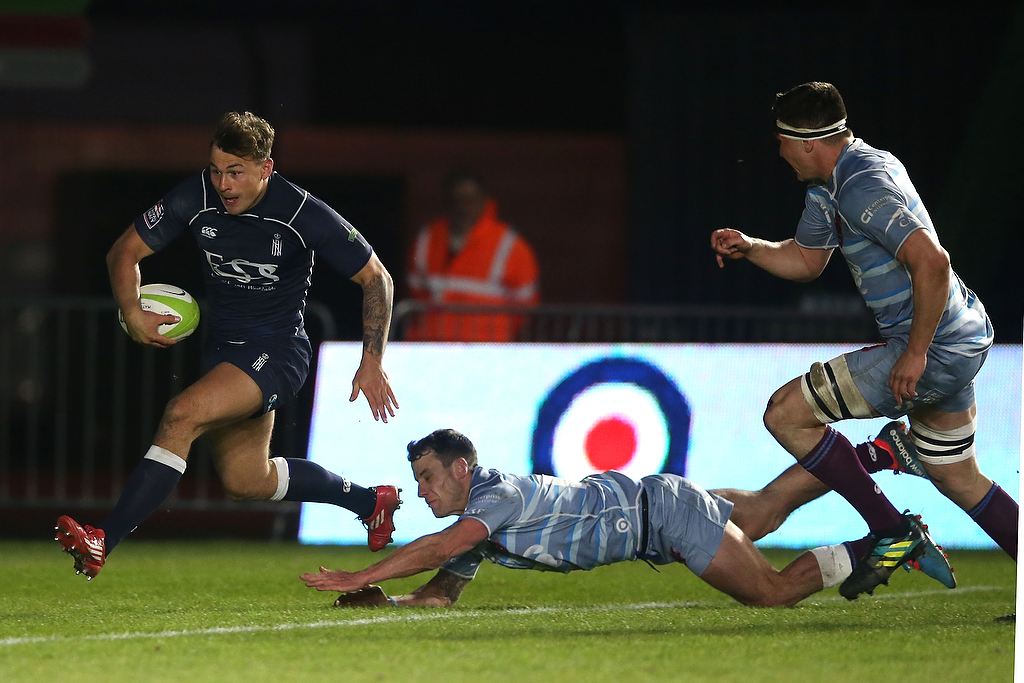 A Royal Navy side showing six changes from last season’s team laid down a bright marker about their Inter Service intentions in the opening game of the 2019 Championship. They played the game at pace and with width, a style which found favour with the supporters, including some Quins fans who had chosen to visit the Twickenham Stoop rather than travel to watch Harlequins in Manchester. Long before the end the Royal Air Force Senior Men knew they had been well beaten. Their hopes for a third successive win in this fixture dashed and also their chances of retaining their Inter Service crown severely dented even if not fully lost.

There is a certain rawness about this current Navy side being built by Head Coach, Dave Pascoe. Scott Makepeace is a young captain with still much to learn but already a force on the field which his team are comfortable following. He forms part of a young back five in the pack who are all strong ball carriers, abrasive and versatile. Behind them newcomers Brad Janes and Craig Duncan have brought a directness to the play whilst Seta Raumakita’s defensive form is ensuring that there is a good supply of vital turnover possession.

From the kick off the Navy tore in to the Royal Air Force, keen to lay down an early marker. Gareth Rees at the base of the ruck kept the tempo high and there was a good balance between bringing powerful runners short as well as looking to move the ball wide. With the Air Force’s defence under pressure it wasn’t long before they conceded a kickable penalty and although Rees pushed his first attempt wide he was soon given a second chance, which sailed through the centre of the posts, to give the Royal Navy an early 3 – 0 lead.

Though Andy Byrne levelled the scores with a well taken penalty kick it was against the run of play and from the restart the Navy returned to their attacking ways and reapplied the pressure to the Air Force’s defence. The Royal Navy’s power runners kept battering in to the heart of the Royal Air Forces defence and they were unable to slow the Navy’s possession. The crowd could sense the ever building intensity and found their voice. A break down the left forced the Air Force defence to scramble before the Royal Navy switched to the right and following an initial Rhys Dimmock-Williams break, Craig Duncan powered over for the opening try which Rees converted.

The second quarter proved to be the best for the Royal Air Force and they were able to control possession and slow the match down. As ever their maul was a thing of beauty to those former forwards who enjoy the dark, technical arts of the game up front, and also their pick and go game was accurate and strong. However progress up the field was slow and energy sapping and too often the Navy were able to rip the ball in the tackle and clear their lines with long raking kicks. Eventually as the clock approached half time their dogged determination and patience paid off as flanker Rob Bell crossed from short range under the posts. Byrne added the penalty and the Royal Air Force were back level, 10-10.

However, it was the Royal Navy who were to finish the half with the lead as from the restart there was enough time for one last attack. Though they were unable to produce a try, another Rees penalty gave them a three point lead at the break. Half time Royal Air Force Senior Men 10 Royal Navy 13.

At the start of the second half the RAF probably needed to reassert themselves but were unable to do so. The Navy took control of the game and never allowed the Air Force to mount a come back. A well taken try from Eldon Myers on the right wing, again converted, gave the Navy the two score gap from which they could control the game. Having been keen to keep the tempo high in the first half, Gareth Rees was now more inclined to box kick and play territory, backing his team’s defence against the Royal Air Force’s attack.

The Air Force did have moments of pressure, the best of which resulted in Navy prop, Josh Terry, having 10 minutes in the sin bin for a high tackle. However they lacked the ability to control possession through the phases and with each Navy turnover the clock ticked remorselessly down.

The Royal Navy managed the sin bin without conceding a score and after they were back up to full complement they once more showed a willingness to move the ball wide, aided by the fresh legs now on the pitch. A thrust down the left should have been rewarded with a try but credit to the determined defence from the Air Force which nullified the attack but was unable to stop it. From ten metres out the Navy continued to run hard in to the Air Force two man tackles and as the Air Force’s strength was sapped so the gaps appeared and eventually it was replacement fly half Nathan Huntley who with numbers outside and only a few light blue jerseys in front, threw a half dummy as he glided in to score. Though the kick was missed the try had made the game secure for the Navy and it was simply a matter of waiting for the final whistle.

The Royal Navy were naturally jubilant when Nikki O’Donnell finally did blow for the end of the game. It had been a long wait since 20 April 2016 for an Inter Service win. That day at US Portsmouth their 9-8 victory had been based on a very strong defence and helped by atrocious conditions. At the Twickenham Stoop the Navy class of 2019 had played an all-round game again helped by the conditions. With flat, hard pitches they possess a dynamic brand of rugby which the Army will have to be mindful of when they meet in May, across the road at Twickenham.

Before then the Royal Air Force Senior Men travel to Kingsholm to play the Army. It looks as if they may be without their playmaker, Andy Byrne, who left the field with a serious looking arm/shoulder injury. Hopefully he will be fit as the Air Force look to bounce back and search for a good win to give them any hope of retaining their Inter Services crown. The Army will no doubt take their challenge seriously but will also be a little concerned with how quickly the Royal Navy team are developing.

The final act at the end of a thrilling day of Navy v RAF Rugby was for former Leicester, England and British Lion, Peter Wheeler, to present Scott Makepeace the Wavell-Wakefield Trophy. It was jointly raised aloft by Scott and former skipper Ben Priddey, who reached 30 caps. Peter, such a great hooker himself, would have enjoyed the performance Ben had produced to celebrate his personal milestone but Ben had been one part of a very good team performance. Final Score Royal Air Force Senior Men 10 Royal Navy Senior XV 25. 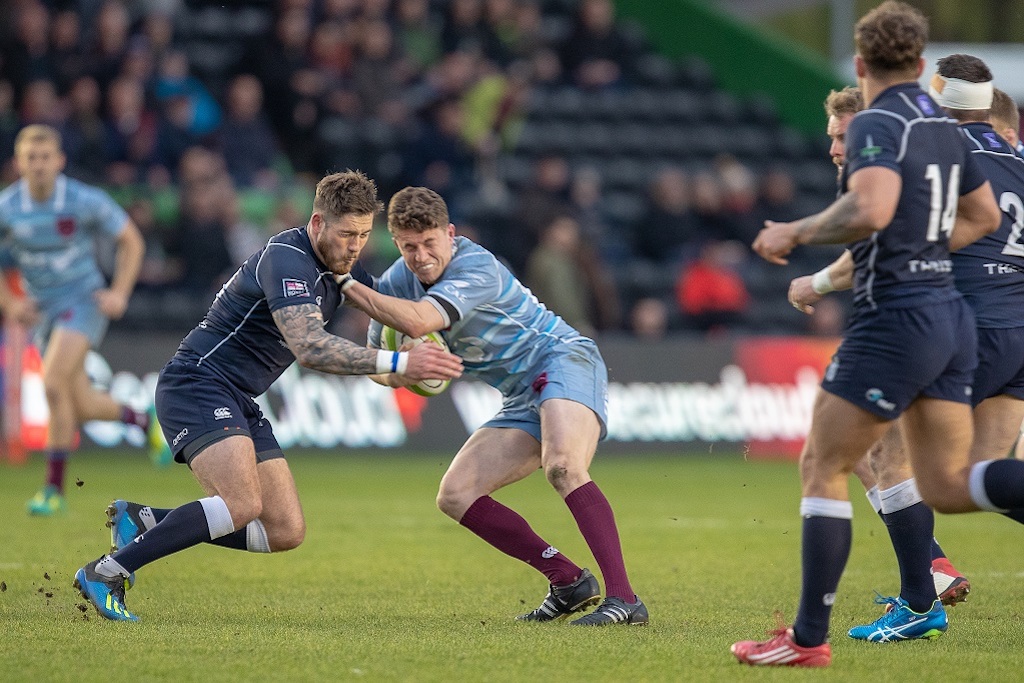 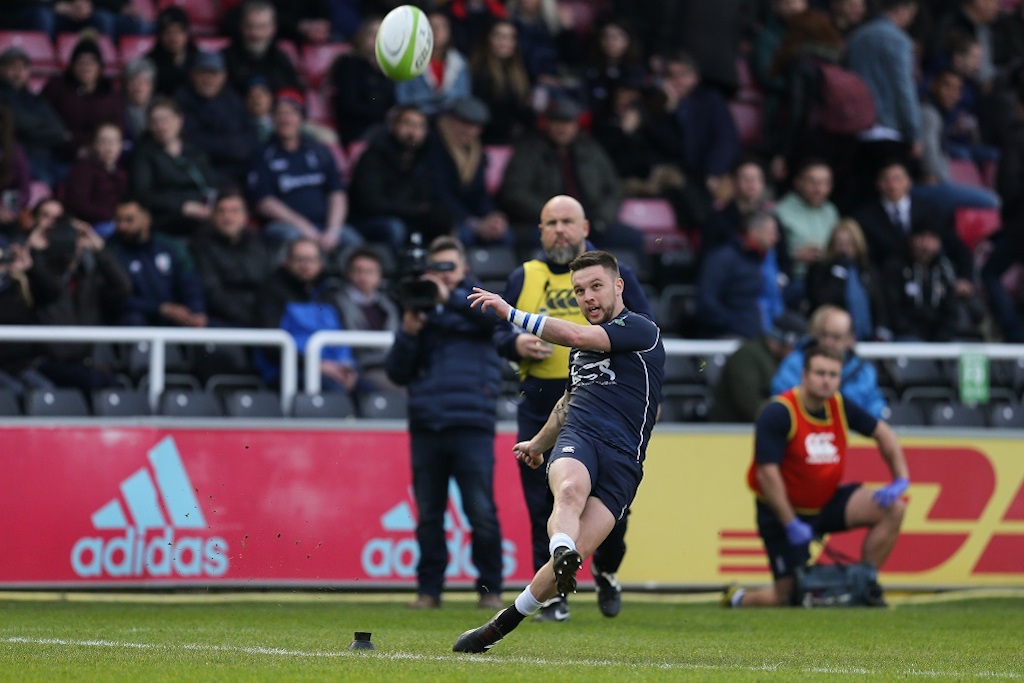 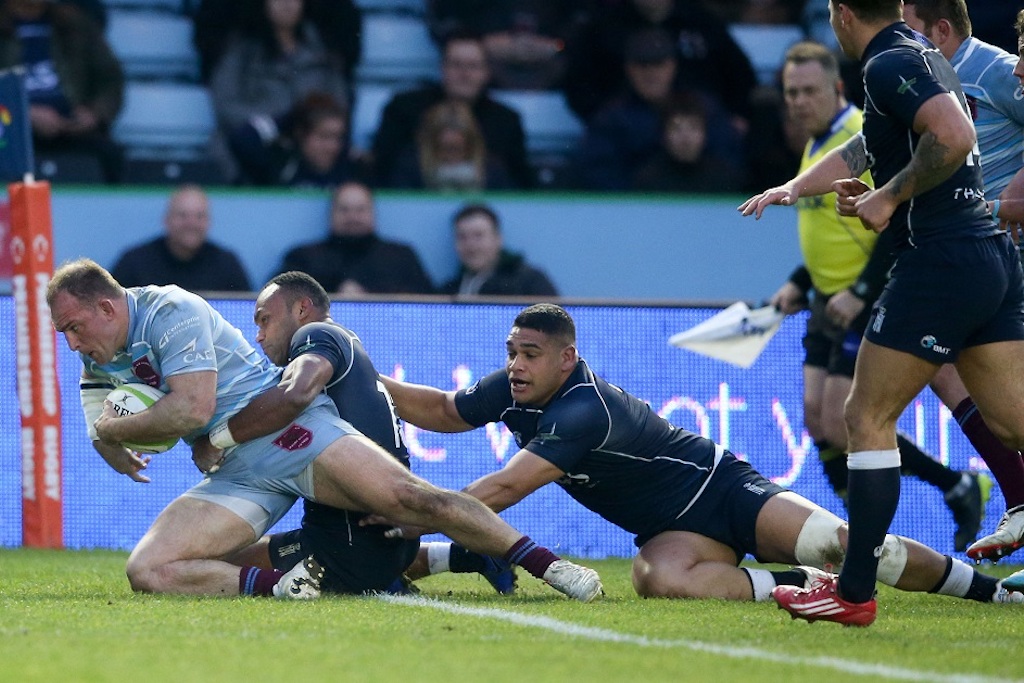 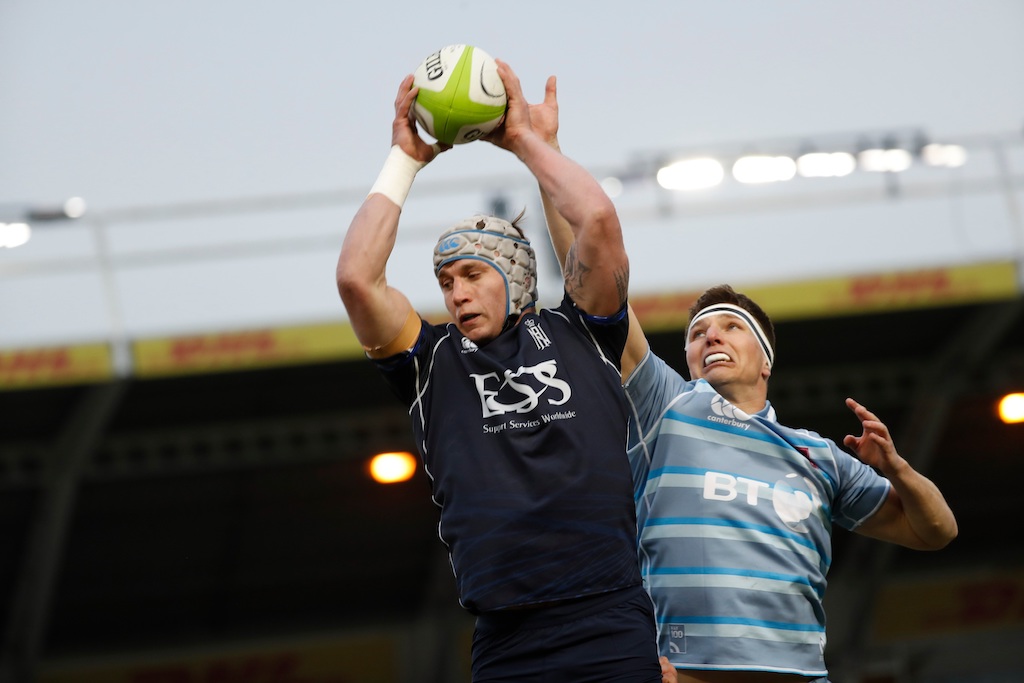