With one month to go until the Army v Navy annual rugby match on 9 May there is still time to join The Royal Navy and Royal Marines Charity’s (RNRMC) Road to Twickenham fundraising campaign. 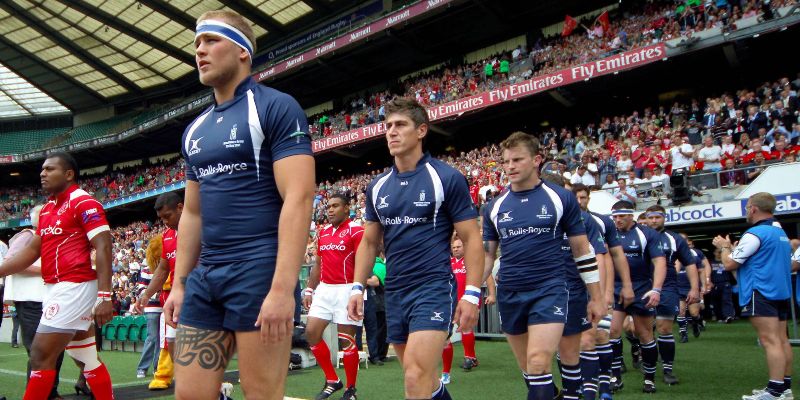 For the uninitiated, the campaign challenges individuals, family, friends, colleagues and service personnel to travel the equivalent distance from their workplace to the iconic Twickenham Stadium.

Leading the charge from the front is the Babcock International Group team from HMNB Devonport, who have elected to run to the stadium from their home base in Plymouth on the day before the game.

Royal Naval Reservists Carl Brooks and Ben Felton from the London-based HMS President are also joining the fundraising campaign and intend to walk 68 miles from Colchester in under 24-hours whilst carrying everything they need for the challenge. Personnel from HMS Nelson in Portsmouth meanwhile are going for a 220 mile rowing attempt organised by Leading Physical Trainer (LPT) Fraser Bricknell.

Also joining in from Portsmouth is naval base HMS Excellent, which will be taking on the challenge alongside staff from the Charity and the recently appointed Second Sea Lord Vice Admiral Jonathan Woodcock.

Type 23 frigate HMS Richmond has pledged to carry out the challenge by running, cycling and rowing the distance over the course of their current deployment, the equivalent distance of India to Twickenham and back again, while a team of submariners will cycle 500 miles from Faslane to the stadium over five days.

Hilary Jukes, Regional Fundraising Co-ordinator at The Royal Navy and Royal Marines Charity, said: “It’s great to see such a diverse range of naval personnel taking up our Road to Twickenham challenge this year. It’s such a simple idea – but anyone can do it, whether serving or not – and best of all, there’s still time to sign up!”

The charity’s fundraising team is encouraging all persons attending the big game to consider fundraising by coach or when travelling in other convoys. For a charity collection pot or a rugby-themed scratch card, email [email protected]

The Royal Navy and Royal Marines Charity has status of Charity of the Day at this year’s prestigious Army v Navy match: click for full details.

Text donate
Show your support for the Navy team and its Charity by texting ‘Navy’ to 70500 to donate £5 to the charity.

Virgin Money Giving
Register a Road to Twickenham fundraising challenge, donate to the campaign, or check out the latest fundraising total here.

On the day
The RNRMC will have a charity marquee at Kneller Hall, Whitton, Richmond, where women’s and veterans service rugby matches will be played before the big Army v Navy game.

An Army v Navy Match ticket is required for entry to Kneller Hall, but no additional fee is charged.

The RNRMC will also have a gazebo in the West Car Park, Twickenham Stadium, where you can pop in for a chat, make a donation and drop off your coach collections.
Collections will also take place around the Stadium before the match.
A luxury Aston Martin will be on display and raffle tickets in aid of The Royal Marines Charity Trust Fund are available for purchase.