A RAF victory at the Stoop on Friday will secure the Inter Service title and bring a third RAF celebration during the month of April. 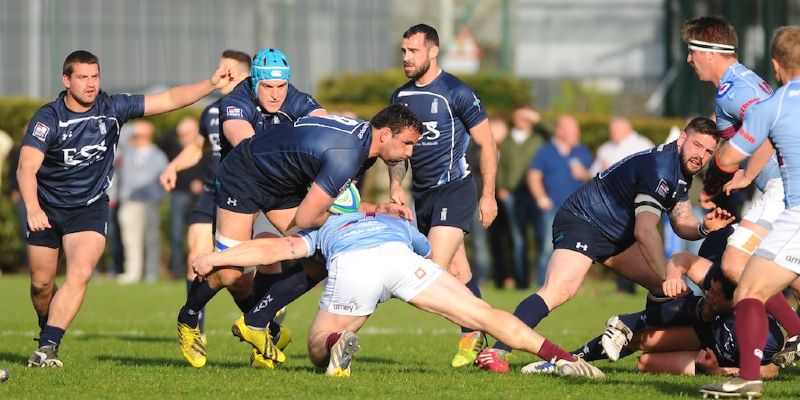 When Royal Air Force captain, Stu Philpott, was driven over for the winning score against the Army he knew that the job was only half done. A one point winning score over the Army was no different than the situation they were in two years ago.

Then they travelled to Portsmouth in anticipation of retaining their Inter Service title only to win the battle but lose the war as three Jon Humphrey penalties dashed their hopes and the Navy claimed a one point win of their own before drawing with the Army to win their first IS title since 2010. Philpott will be determined not to repeat the mistake and knows that a RAF victory at the Stoop on Friday will secure the Inter Service title and bring a third RAF celebration during the month of April.

The champagne would be sweeter than their win over the Army and would certainly rival their RAF100 celebrations that reached their pinnacle on the RAF’s official birthday 1st April. The win would also ensure that unlike their last title in 2015, they would not have to put their celebrations on hold until the result of the Army v Navy Match is known. Yes, if the RAF lift the Wavell Wakefield Cup then the party at the Twickenham Stoop will begin immediately, and for those in light blue at least, any apprehension about the match that takes place across the A316 two weeks later will be pleasingly dispelled.

The recent Royal Air Force resurgence has produced three years of compelling, thrilling Inter Service competition that each year has gone down to the wire. In 2015 they won their first title since 1994 but lost out to the Royal Navy in 2016 in what was the closest ever Inter Service tournament. 2017 saw the Army regain the title, however this year's 20-19 defeat in the opening round at RAF Halton has taken the defence of their crown out of their hands. If the Army will be siding with their fiercest rivals and hoping for a (narrow) Royal Navy victory, the RAF will be desperate to go one better than that bitter defeat at US Portsmouth two years ago.

The early exchanges at RAF Halton did not suggest how the game was going to turn out. Tries from Ross Parkins and Chris Leathem for the Army, put the RAF behind on the scoreboard. However, aided by a Ken Dowding yellow card, they fought back through tries by Sam Randle and Ross MacDougal to level the game 12-12 at half time. Flyhalf Andy Byrne kicked the simplest of penalties mid-way through the second half to give the home side the lead for the first time before Philpott’s try extended their lead to 20-12. Despite a late try from Sonoma Veikune the Army were not able to breach the RAF defence and they held on for the victory.

The RAF's success had been built on a simple but effective game plan. A great team effort in defence gradually wore the Army down at the breakdown and forced some of the Army’s tempo out of the match. Their strong pack asserted itself and the home team enjoyed longer periods of possession where their close in driving game began to test the Army around the fringes of the tackle. With the Army struggling to hold the powerful out to in runs of the RAF pack, the penalty count mounted which was to prove pivotal to the result. It was the team penalty count that saw Dowding see yellow but it was also from a penalty that Byrne gave his forwards the field position and lineout from which to launch a devastating maul that ended with their skipper claiming the match winning try.

The Royal Navy will have taken note of how the game ebbed and flowed and how it was the RAF pack that slowly determined the outcome of the game. The dark blues will have used their recent experience against the French Navy to improve on the weaker areas of their game. In Toulon they struggled for parity at the breakdown, and their backrow pairing of Jarrard Hayler and Sam Matavesi struggled, albeit unusually, to make an impression. It was a similar story in the scrum where the Royal Navy were under pressure from the Marine Nationale pack. But by identifying and strengthening these vulnerabilities, they will be bringing a cohesive and reinforced team to face the RAF. In Toulon, it was the introduction of Gaz Evans, now coaching with the Navy team, that steadied the ship and it would be no surprise to see the veteran given a starting role by new head coach Dave Pascoe.

The RAF should not read too much into the Tales of Toulon as it was a similar story in 2016 when they ran out on a dry and sunny Burnaby Road seeking the elusive successive Inter Service title, (the forecast suggests that the teams will enjoy the same conditions at the Stoop on Friday). It was a night where the RAF enjoyed the majority of possession and field position, but the Navy’s defence stayed strong and more importantly disciplined. That evening the RAF could not match the discipline that they showed in the opening round this year against the Army, and Navy full back Jon Humphrey punished them through his reliable right boot.

So, it is poised to be another exciting and hard fought encounter when for the first time in the history of the Inter Services a match is hosted at the Stoop, the famous home of the Harlequins club. One of their former players and perhaps the father of Royal Air Force rugby was England International Wavell Wakefield. Both teams will be playing for a cup that for the first time bares the name of this legendary player from the 1920s. Wavell was famed for the ground breaking changes he brought to forward play. Developments that changed the way the game was played upfront throughout the world and forever. He was a man who appreciated the role that pure power could play in rugby football. Whether it is Navy Power or Air Power that wins this time though, only time will tell. What can be certain is that Wavell would appreciate the powerful skill-set that RAF talisman, Josh McNally, brings to the RAF pack. But Royal Navy skipper Ben Priddey knows that if his side have heeded their French lessons he leads a team that can inflict damage to any defence through their high tempo multiphase game. However first he will need to ensure that he and his pack remember what Wavell Wakefiled always knew, that the game will be won by the forwards, and breakdown supremacy will be key.

Prior to the men’s match the Women will play for the Molly Rose Sport Cup, named after Molly Rose who contributed so much during World War II delivering aircraft from the factories to the Royal Air Force. The Navy will be fearful of a backlash following the RAF's defeat to the Army. Having dominated the first half in every aspect, except the scoreboard, the RAF turned around at 0-0 having created opportunities to score four or five tries. Having not taken their chances in the first half the Army made them pay in the second half and two Lou Dodd tries secured a 10-0 win. With the Navy team rebuilding they should be strong against the RN, but will not be able to erase the pain of that opening round defeat.

The first match of the day at Kneller Hall, will see the RAF Vultures hoping to improve on their performance in round one against the Army Masters. The Navy Mariners have enjoyed a strong season with a number of players making their debut and they will be hopeful to start their 2018 campaign with a win. The Vultures on the other hand will want a slice of the RAF celebrations, so with both teams determined, it's set to be a thrilling match.

The recent Royal Air Force resurgence has produced three years of compelling, thrilling Inter Service competition that each year has gone down to the wire. 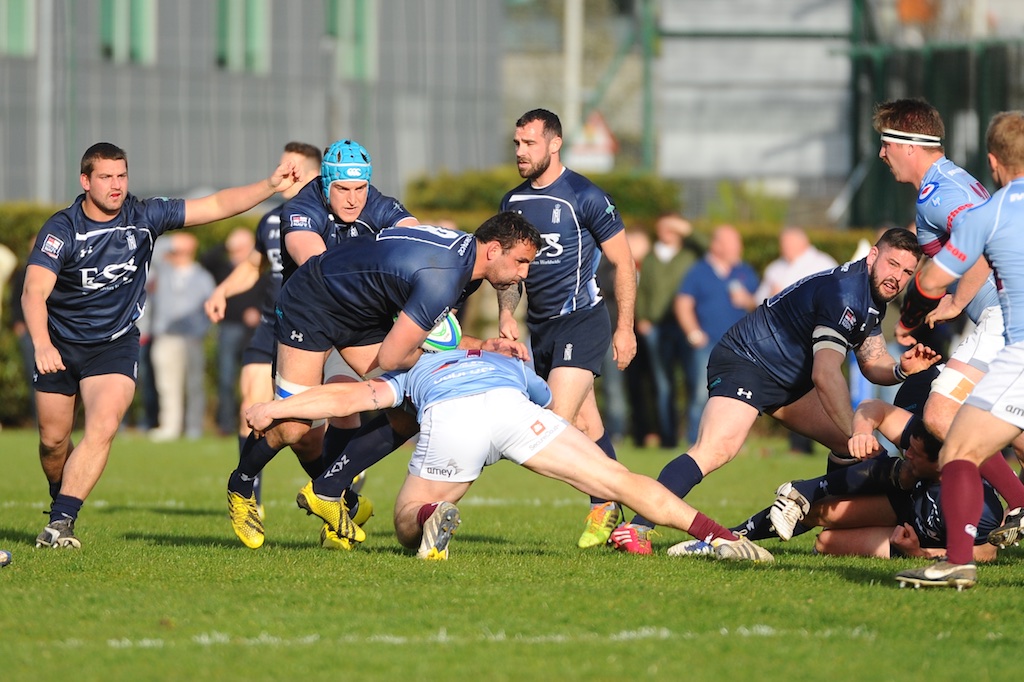 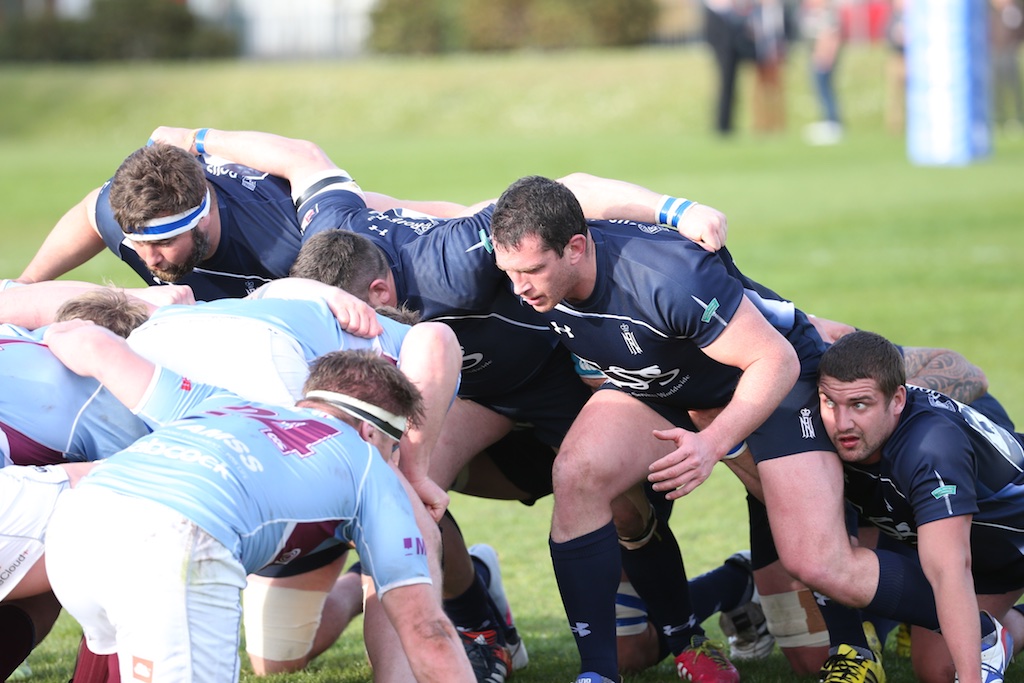 The recent Royal Air Force resurgence has produced three years of compelling, thrilling Inter Service competition that each year has gone down to the wire.