Six Army tries in the first half finished the game as a contest. 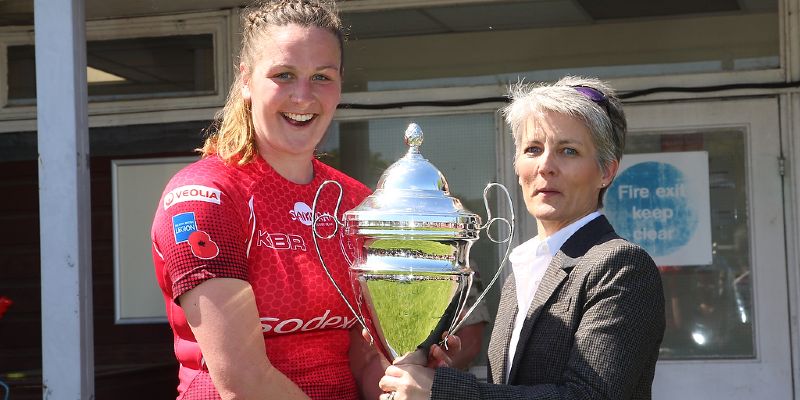 Despite welcoming back season captain, Gemma Rowland, fresh from International duty with Wales at the Commonwealth Cup, it was Ellie Gatlin who led the side out alongside Sam Alderson for the Navy.

Ellie had been at the centre of a sterling defensive effort against the RAF in Round 1 which had put the Army Women’s unbeaten crown on the line. Having come through that test Gatlin knew that the job needed to be finished. For Sam the challenge was as equally tough; to end the scoreless run, dating back to 2013 against the Army.

The Navy will have surprised many of the spectators with their play in the opening quarter. Committed in the tackle and working very hard with their scramble defence they held their line and forced the Army into several errors which broke the fluency of their game and stopped them getting the ball wide where they had speedsters who could capitalise on any space.

Indeed it was Army cheers from the neighbouring pitch which were first raised, as the Masters scored two tries in their opening 15 minutes. The increased noise levels clearly spurred the Army Women on and eventually Army fullback Fionidi Parker crossed for the opening try. It was quickly followed by a second, this time from prop Becky Wilson which Lou Dodd converted to extend the Army lead to 12-0.

Four further tries before half time had finished the game as a contest. Both centres, Lou Dodd and Jade Mullen, crossed for tries followed by a try for scrumhalf Nancy Kuva and the final try before the break from flanker Heidi Silcox. With Lou Dodd adding 3 more conversions the Army reached the half time break leading 38-0. The Navy had battled but as soon as they were unable to pressure the Army and force them back inside, the pace out wide of the Army backs was proving decisive.

Sam Alderson would have spoken to her team to keep their work rate up and also their defensive shape in the second half but it was the Army who were first out of the blocks with a quick fire try from replacement Vicky Carbutt closely followed by two more, a second for Parker and one for flyhalf Gemma Rowland. With Dodd only landing 1 of the 3 conversion attempts the Army were 55-0 up and looked like they were going to run away with the game.

That they didn’t says much about the spirit with which the Navy team played and the commitment they showed despite the game being lost. The Army were to score three more tries through replacement Maz Claassens, a second for Dodd and a hat trick try for Parker to finish the scoring. However after Claassens' try, the Navy skipper had the satisfaction of nailing a penalty kick at goal to bring up some points for the Navy team. It was the least their play deserved as they made the Army work hard for all of their scores.

The match saw a couple of personal milestones; Lou Dodd recorded 32 points for her Inter Service campaign with 6 conversions and 2 tries in the match, to add to her 2 vital tries in the RAF match. Whilst for the Navy’s Rose Dixon it was a first cap, which as the players from both sides are aware is always a very special and memorable occasion. The Army left the field with the cups firmly secured in their trophy cabinet but the Navy had clearly made some strides forward from the 2017 match.

The match saw a personal milestone for Lou Dodd, who recorded 32 points for her Inter Service campaign with 6 conversions and 2 tries in the match, to add to her 2 vital tries in the RAF match. 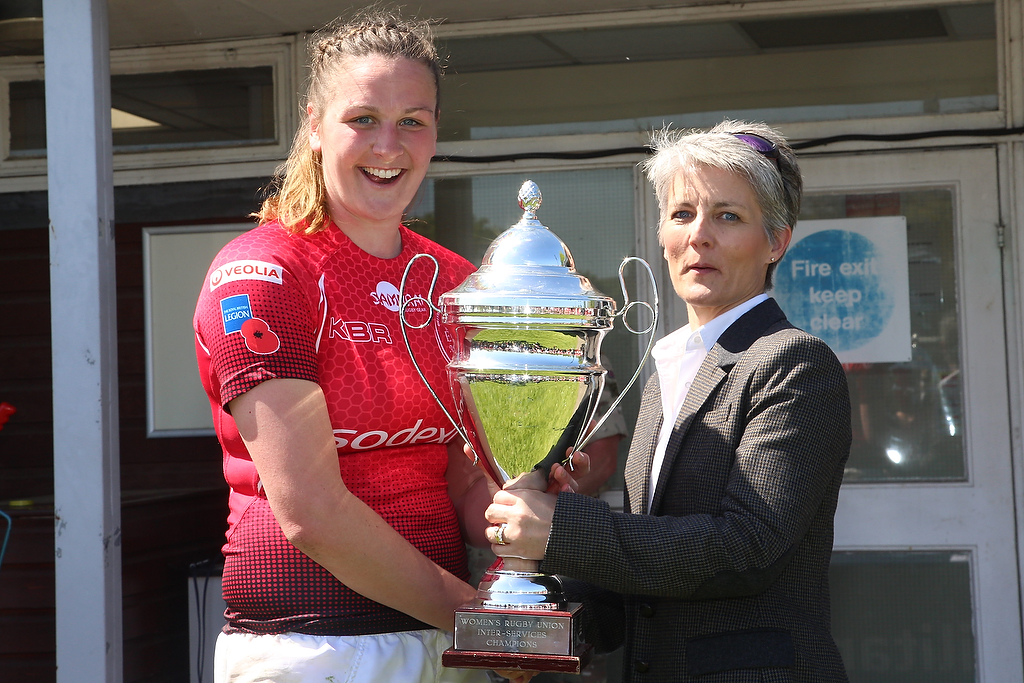 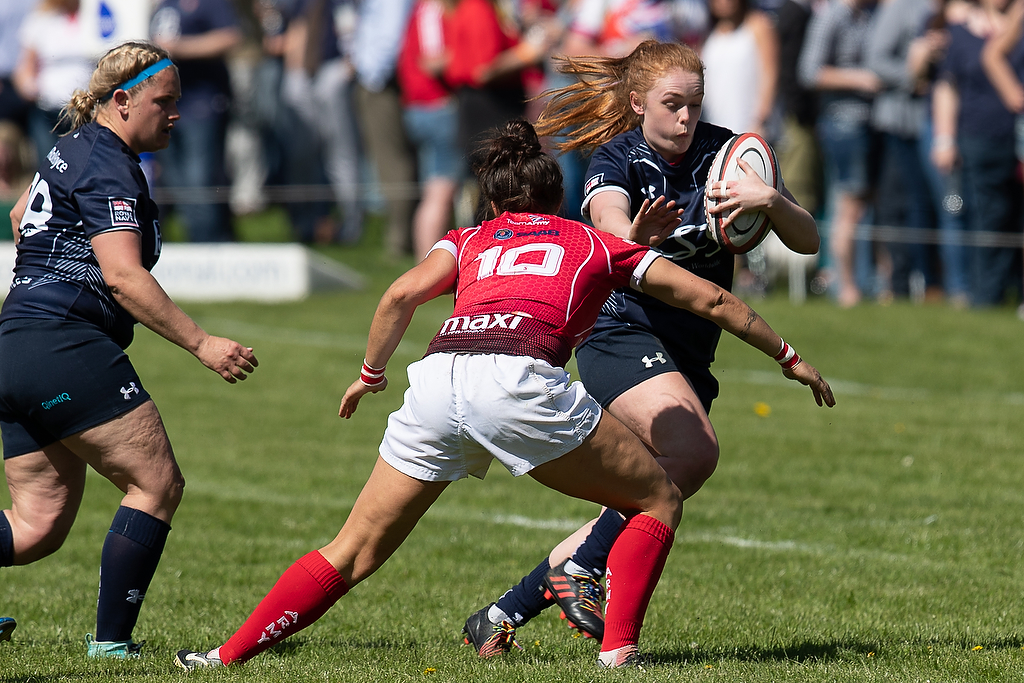 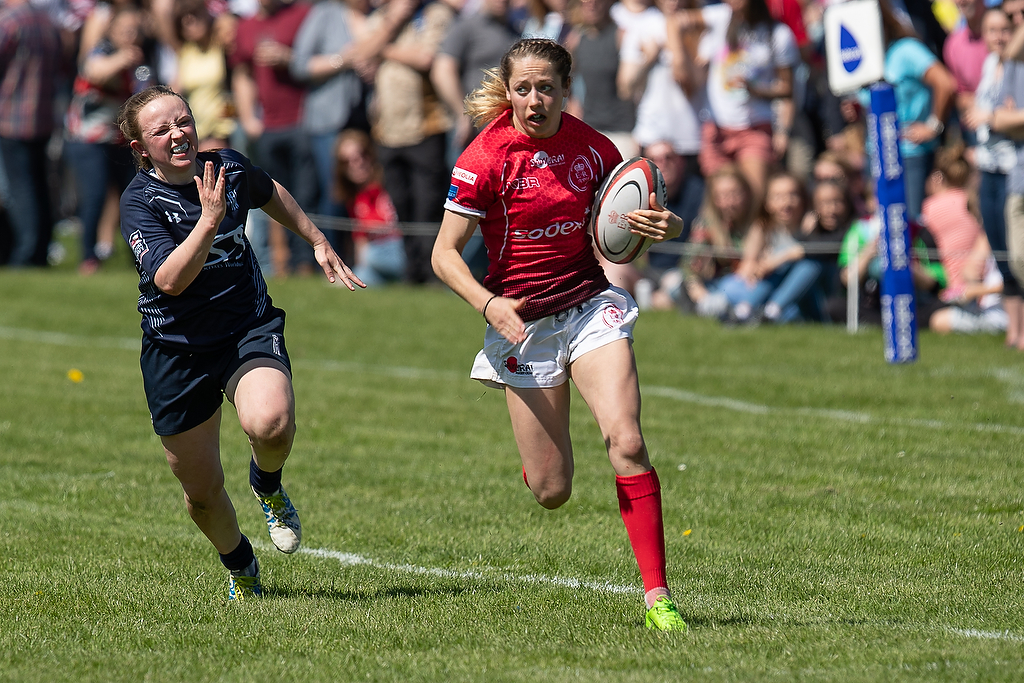 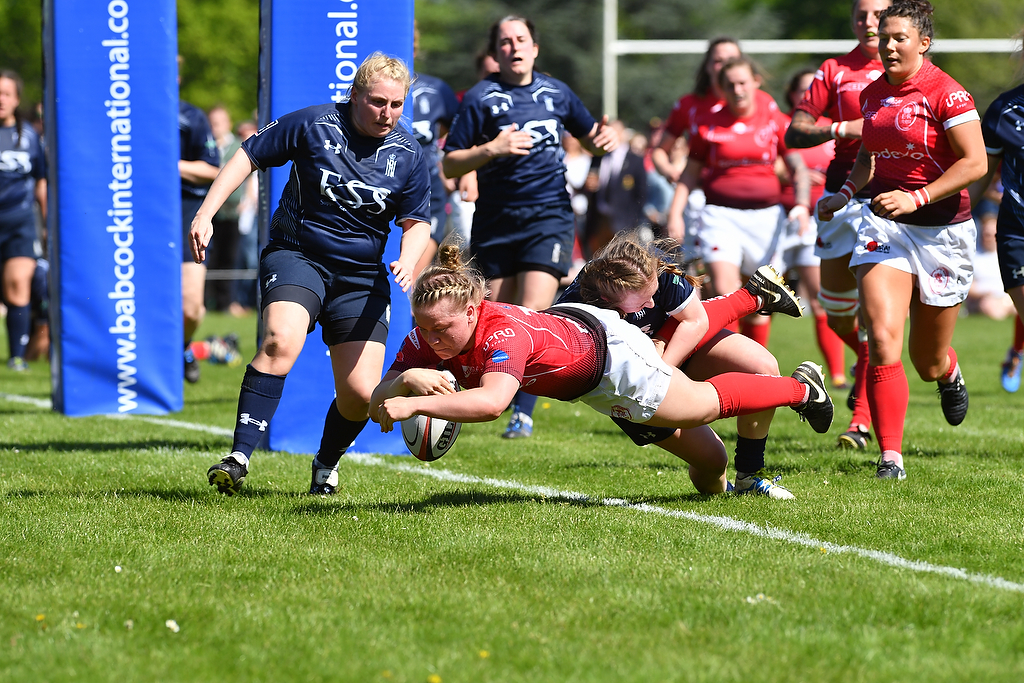 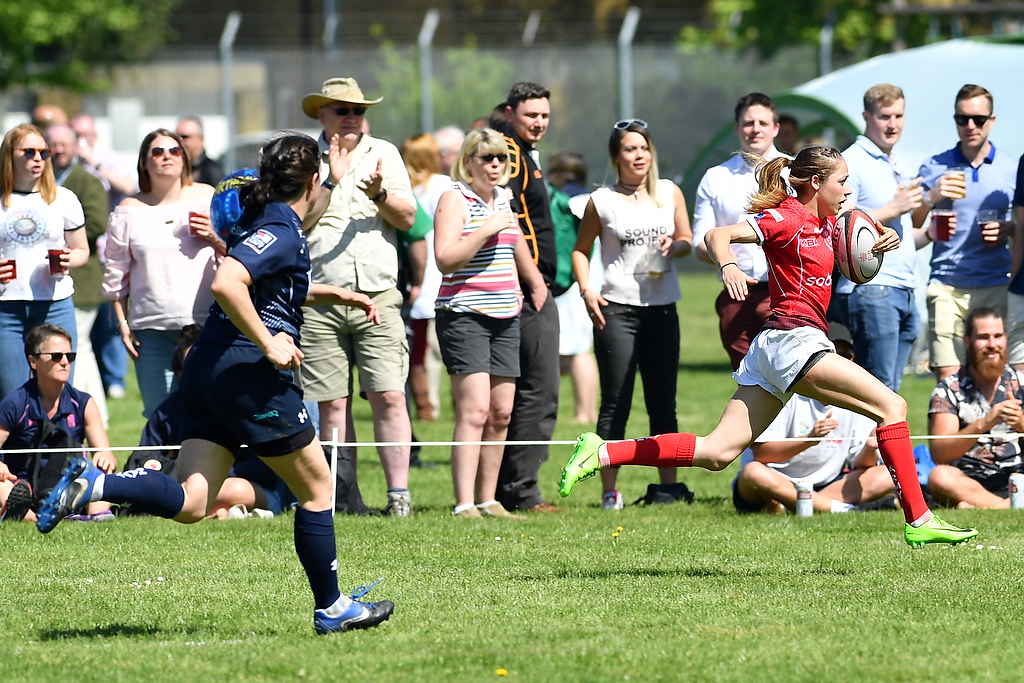 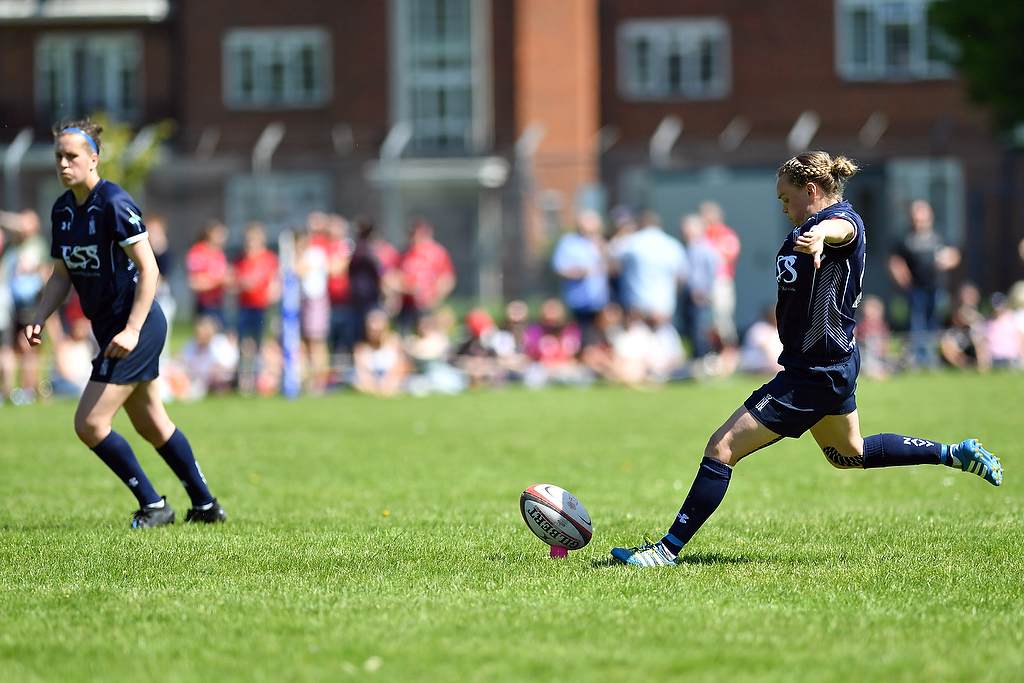 The match saw a personal milestone for Lou Dodd, who recorded 32 points for her Inter Service campaign with 6 conversions and 2 tries in the match, to add to her 2 vital tries in the RAF match.